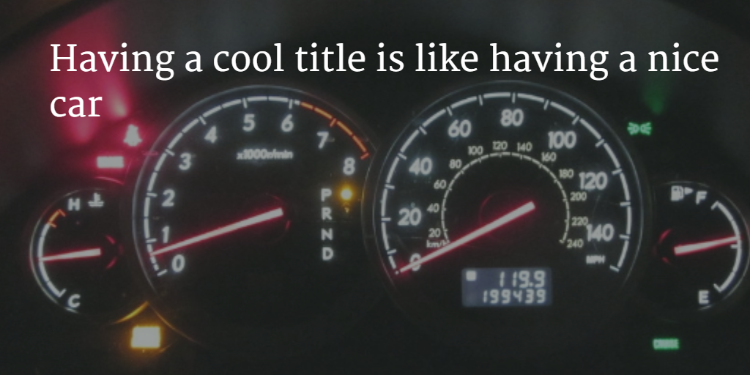 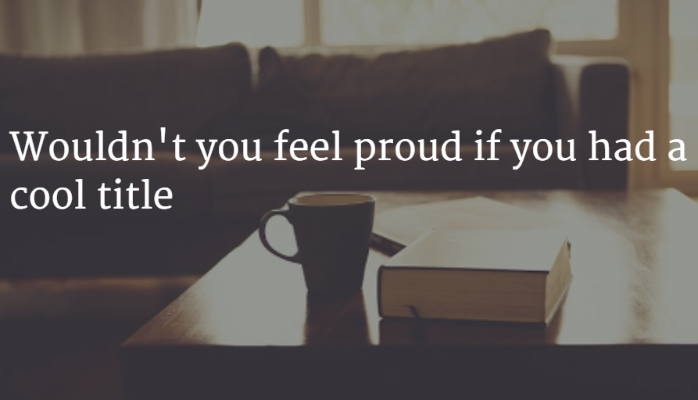 In my short career, I have already had many jobs, and had more than a few titles, ranging from ”museum helper” to my current one as ”executive search consultant”. I always felt quite embarrassed to say that I worked as a cashier right after graduating from high school. The reason I felt ashamed is something I didn’t truly grasp until later.

Who hasn’t felt a little bit ashamed when presenting themselves and what they do in the early stages of their career? Wouldn’t you feel proud if you had a cool title with ”consultant” or ”specialist” in the name, already at the beginning of your career? I know it would have made me more excited. Why is it so, then, that these things matter so much to us in the end?

Working in the recruitment industry has shed some light on it, as has the initial reaction of people hearing their possible future title for the first time. The feeling of pride and showing off what they’ve made of themselves is, in many ways, what motivates people; myself included. That is something I cannot deny no matter how hard I try. I personally feel a great sense of pride when I can say my title. Especially when it’s not just one of the basic ones.

Having a cool title is like having a nice a car. In a way, it’s similar to showing off and can be related to the concept of neighbour envy (something that is quite prominent in Finland). If your neighbour buys a new car, it is more likely that somebody else, or even you will buy a new one, a better one. In the end, it’s the same idea. So job titles do matter to people. But is it healthy to always judge our success compared to others? I’d say no.

Success should come from within ourselves and from the team. It should be something more profound than a title, such as what you’ve achieved alone or together with the team. Have you ever compared job titles to others in your network? Does it really matter in the end?